Amongst its regular activities are the following:


On many issues the Society does not act alone but in partnership with other like-minded organisations actively participating in the Canterbury Heritage Design Forum and other similar bodies.


History of The Association

Over many years OHDS raised money for and carried out effective tree, shrub and flower-planting in public spaces in our area and was vigilant regarding local planning applications. An energetic history association was also formed. The OHDS Local History Group continues to make a key contribution to recording and understanding the area’s social history, and helps to increase public awareness through publications.

In 2016 the strengths of the two memberships were brought together in OHSCA. This has enabled us to arrange more community activities for our members and, by representing an area which includes more than 2000 households, we have increased our influence on many local planning and environmental decisions that affect us all.

What have we achieved?

The two organisations that recently combined to form OHSCA were engaged over the years in a wide range of activities and initiatives. The following are but a few examples:


OHSCA's main local area of interest is defined by this map, which includes about 2000 households, but we also act on Canterbury-wide matters that affect our area of South Canterbury and co-operate with neighbouring residents’ associations. We are an active member of the Southern Canterbury Alliance of RAs (SCA) and also of the Alliance of Canterbury Residents’ Associations (ACRA). 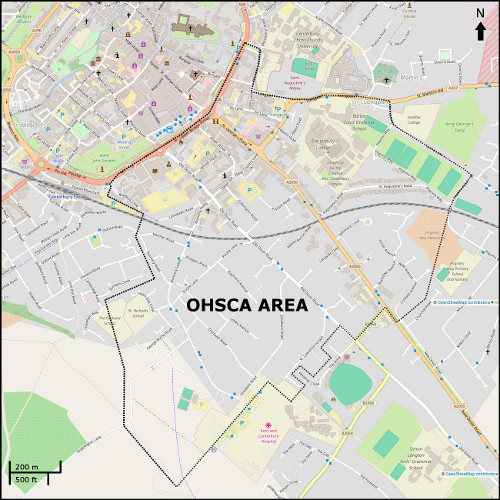 To become a member of OHSCA, please print and complete the application form on the link below: