We participate fully in the Clean Air Group which was launched at a public meeting in 2017.

We are particularly concerned that the additional traffic through our area which will be generated by the proposed development of 4000 homes at Mountfield Park in South Canterbury will inevitably add to the poor Air Quality in our area which in some sections of the Old Dover Rd is already in breach of recognised levels of safety. 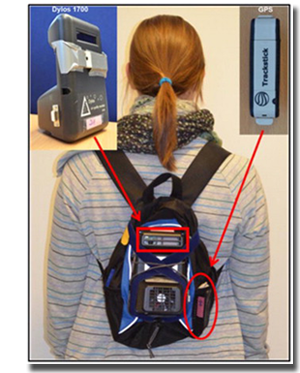 There is an urgent need to review the future impact of traffic growth on the designated Air Quality Management Areas and other traffic corridors into the city. For example, Wincheap suffers continuing high pollution levels. Measurement sites that currently exceed national maximum limits for NO2 are primarily in Wincheap and on the ring road. Data is unadjusted and while diffusion tubes tend to over-estimate levels compared to automatic measurement stations they give a good indication of average levels. Nine DF tubes are registering NO2 monthly average levels in excess of 40µ/mg. NOx and NO2 are also significantly harmful to people’s health. While UK maximum levels of NO2 are 40µ/mg the world Health organisation recommends maximum levels of 20µ/mg and a recent report by the Royal College of Physicians5 identifies adverse health consequences for children above 10µ/mg. One roadside measurement site is located next to primary school and close to a children’s playground where average day time weekday NO2 levels are in excess of 30µ/mg and hourly levels can reach 100µ/mg.

OHSCA submitted a full response detailing its concerns when the City Council published is draft Air Quality Strategy for public consultation during 2018.


We are involved in a new joint project between the Alliance of Canterbury Residents’ Associations and the Centre for Health Services Studies at the University of Kent which aims to monitor air quality in Canterbury. With support from Councillor Nick Eden-Green, and led by Professor Stephen Peckham, a successful bid was submitted to Canterbury City Council’s Opportunity Fund.

The funds are being used to buy two solar-powered Zephyr monitors which will measure levels of particulate matter (≤2.5 and ≤10 microns in width), nitrogen dioxide and ozone and are widely used globally. Trained volunteers from residents’ associations will manage the monitors. At present only daily average readings of pollution levels are available. Now it will be possible to see how pollution levels fluctuate over time. This more detailed information will help to identify steps that can be taken to reduce harm from air pollution and improve health and wellbeing.

The stated aim of OHSCA in our constitution is to support and improve the quality of life of our community. The Association strives to achieve this through a variety of means, including identifying ways to conserve and extend green spaces and advocating for improved recreational facilities. At the start of 2019 the Association’s Committee decided that one of the priority areas for action for the year should be to explore options to enhance and expand the extremely limited amount of ‘open space’ in South Canterbury. As a first step in this process a short note was drafted which is intended to serve as a discussion paper for members and interested parties such as Canterbury City Council. A survey of members views on Open Space has also been prepared.

One of the very few open spaces available for public amenity use in our area is Ridlands farm to the south-west. New proposals to develop it seem to be continually in the pipeline and we will respond appropriately whenever necessary to ensure that adequate green recreational space as well as suitable facilities for walking routes and cycle paths are provided for the enjoyment of the whole community.

In recent years our area has seen a substantial programme of new building construction. Each development is required to make a financial contribution to the City Council which are known a Section 106 moneys. Our local authorities are then able to reinvest those funds into projects which benefit the community e.g the provision of CCTV in the underpasses.

OHSCA has long been concerned about the urgent need to make widespread and substantial improvements in the facilities for pedestrians and cyclists in our area. It has drawn up a list of hotspots which it regards as less than safe at present and has sent a list of suggested improvements to the City Council for funding from S106 moneys. OHSCA will be monitoring progress very closely.