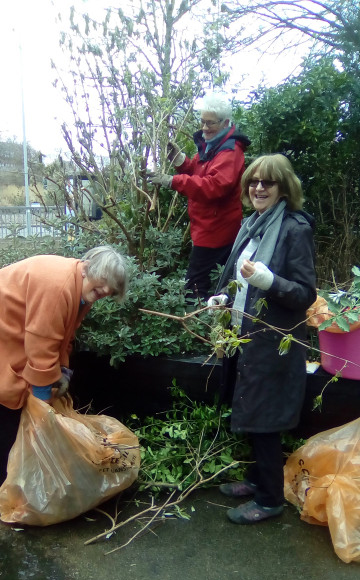 The Green Team is a hands-on group who would rather do than talk. We look after the beds at St George's (by the cinema) which we developed in 2010, the Fire Station, St Augustine's Road, the four beds in Milton Road, off South Canterbury Road, the planter in Albert Road, as well as keeping the big shrubbery in the New Dover Road stocked. We prune, plant bulbs, replace shrubs if necessary, add seasonal planting, mow, clip, manure, weed, water and deadhead.

We also felt that it would be good to play our part in Canterbury’s entry for Britain in Bloom, so since 2016 we have entered St Georges, the Fire Station and Milton Road for Its Your Neighbourhood, which is sponsored by the RHS. Each year all three gardens have been adjudged "thriving" and in 2019 Milton Road was given an "outstanding" award (see photos ).

Litterpicking is a part of our effort, both in the mini-gardens where litter regularly has to be removed and as big litter-picks two or three times a year. Some enthusiastic people collect litter much more often! See Events Diary for latest litterpick dates. To see how much litter is being picked throughout Canterbury, see the Facebook page "Canterbury 'Grot-spots' group".

We raise funds to enable us to plant more trees. We have planted trees in many locations, including St Augustine's Road, Cowdrey Place, Ersham Road, Puckle Lane, Old Dover Road and New Dover Road. Most recently, we planted a Judas tree outside the Premier Inn as a memorial to George Liddle. George, who died in November 2019 aged 99, was involved in the Oaten Hill & District Society for over 40 years. The tree was paid for by generous donations from OHSCA members and from George’s sons in the USA.

In October 2019, Green Team volunteers planted 1,000 crocuses on the green outside the Travelodge between Ivy Lane and the cinema roundabout. Planned activities in 2020 include maintenance work on the Fire Station planters, with assistance from students from Canterbury College.

We are a smallish group and welcome helpers. This is hands-on stuff, so please contact us if you would like to get involved. 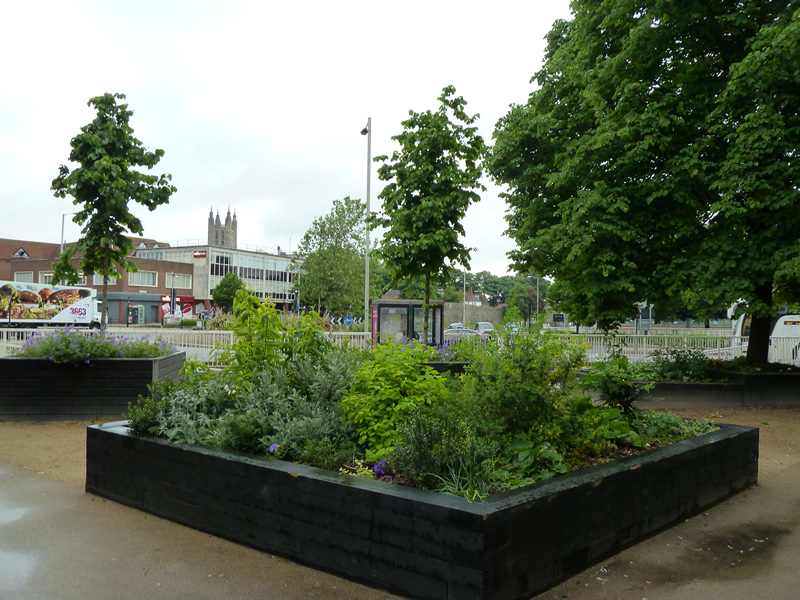 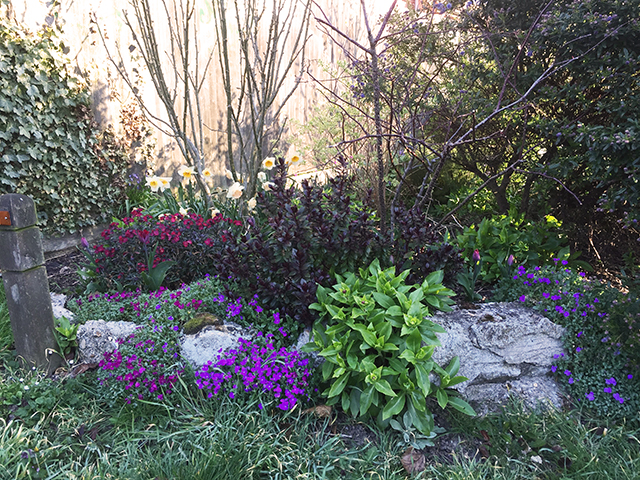 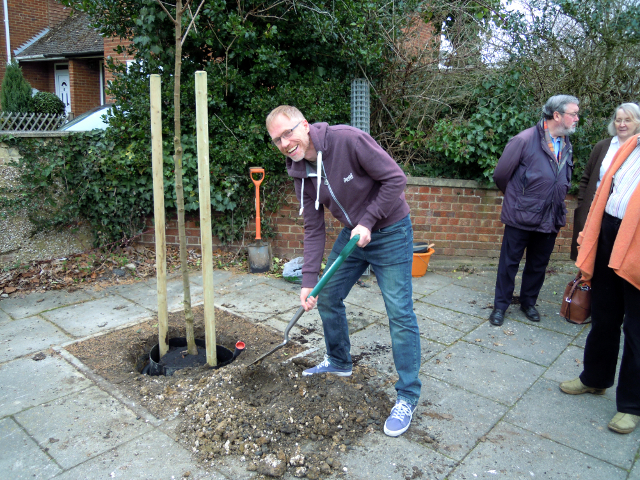 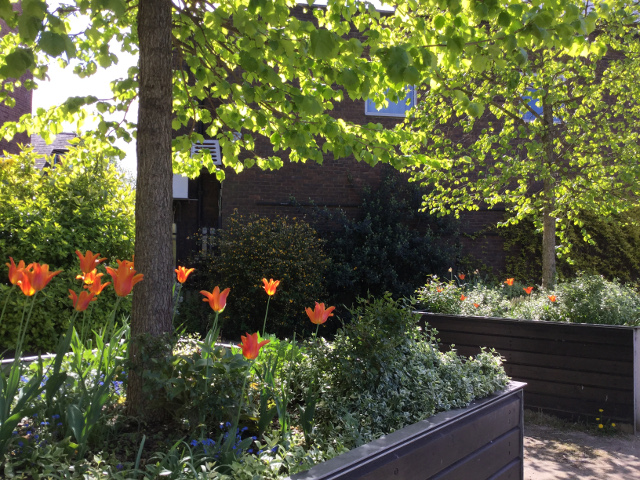